Most of the people I know only went to school for three reasons.

First: because everybody does it and they don’t want to be at a disadvantage, second: it seems to be the normal thing to do, and third: because their future or present employer demands it.

It may be one more reason, and that is parents pushing them to do it, but that does not always apply.

Most of the great minds in our world’s history didn’t change the world because they went to school, but because they were following their heart and calling.

Did Einstein learn the theory of relativity in school? Did Edison learn in school how to make a telephone?

Did the Wright brothers have a manual on how to build a flying machine? Did a teacher show Nobel the recipe for dynamite?

Did Buddha learn in school how to achieve nirvana? Or Henry Ford how to revolutionize the automotive industry?

Did the presidents of all the countries in the world go the College for Presidents? Did Dalai Lama, Mother Theresa, Gandhi or Martin Luther King learn in school how to give hope to the world? No.

They were just following their passion. Maybe school helped them make the first step, but I am willing to bet my last dollar on the fact that Einstein liked physics, Nobel liked chemistry, the Wright brothers liked mechanics, and so on.

Did you know that Thomas Edison has been schooled for no more than three months? And that Henry Ford finished no more than six grades?

I went to business school, built a couple of businesses and failed, but I bet my 90 year old grandmother who never finished second grade could be a millionaire, granted she would have enough alcohol to sell. She understands business better than I do, and I was educated in that area. So, tell me again what school can do for me?

Think of a baby who does not know how to speak or behave.

How do you think he will learn those things in the first two or three years of life, before he will go to kindergarten and school?

The answer is: by himself. Just by watching and listening what happens around him, by imitating his parents and others.

He will learn to walk, talk and behave on his own, instinctivly. He is open to learning new things also by instinct, without school teaching him how to do that, and he loves it. 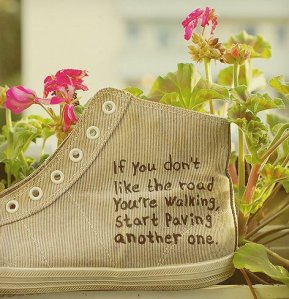 We don’t have to do the things we don’t want to do. None of those things will matter in the end.

We are free! Born free, free to choose our life, free to do what we want to do, free to love, free to…. fill in the blanks.

You don’t have time to live someone else’s life, or the life they want you to live.

Change has to begin inside yourself and, subsequently, in time, it will manifest itself outwards, not the other way around.

Find the happiness inside and the world will change itself so there will be no need for you to ask for change from others.